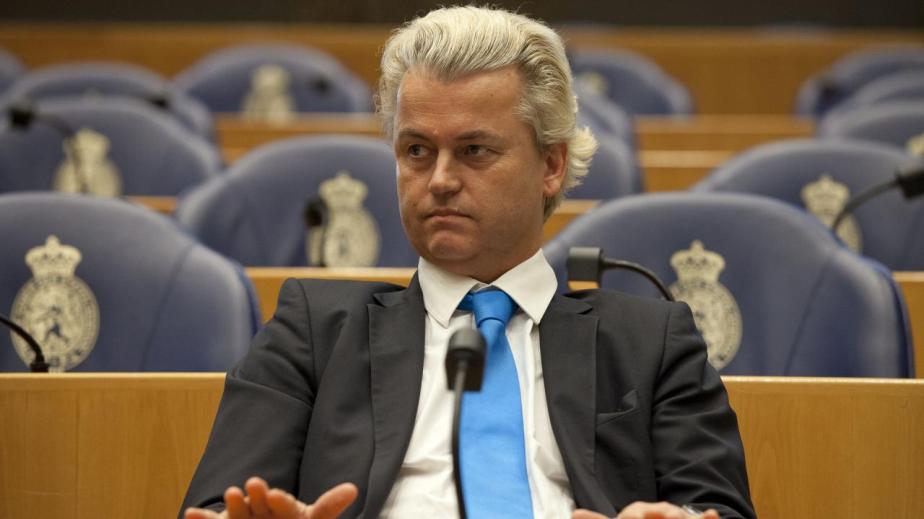 Today  Dutch leader of  Party for Freedom (PVV) Geert Wilders launches his election campaign, based on protection of European values, intention to ban Muslim mass migration, and close all the mosques in the Netherlands as entities incompatible with democracy and human rights, especially gender equality. Married to a Hungarian diplomat, Wilders is a consequent defender of women’s rights, and new age multiculturalism, based on shared values, and respect of democracy, and of rule of law. Wilders, being a half-Indonisian, never opposed an immigration as such, neither immigrants, who were settling in the Netherlands in different epochs, creating unique hubs of Amsterdam and Rotterdam, but specifically against Muslim mass migration leading to deterioration of security, steep rise of violent crime, and other well-known problems.

As the result of mass migration, the degradation of public life in one of the most liberal modern societies,  reflected also on political culture – the  extra security measures will be implied  to protect Wilders, obliged  to live under special protection programme after the 2004 assassination of  Dutch filmmaker Theo van Gogh, who criticised an ongoing abuse of women in Islam, and was killed in day light by a religious fanatic.

“I want us in government,” Wilders said. “The Netherland for the Netherlanders!” is the motto for his elections campaign running towards the 15th of March – the day citizens will be going to ballot-boxes. Lately polls showed Wilders popularity stabilized on the same level as incumbent Prime Minister iberal Mark Rutte (liberal). Dutch system of creating coalition in the Parliament, will not allow Wilders to become next Prime Minister, even if he wins the popular vote. However in case of victory, his influence on political and public life will grow substantially to impact the other political forces.

Violence against women at rise

Ahead of the International Day for the Elimination of Violence against Women on 25 November, the European Commission and the EU top diplomat Josep Borrell, issued the following statement: “Violence against women and girls is a violation of human rights, and has no place in the European Union, or anywhere else in the world. Solidarity […]

Brussels 11/23/2020 The “scorched earth” strategy of Armenians leaving the Kalbajar region of Azerbaijan did not escape the attention of the European Commission.“We take note of various information and various complaints that come from the parties in the situation regarding Nagorno-Karabakh and surrounding regions. Since there is no direct access to the territories, it is […]

Brussels, 20.11.2020 The Council approved conclusions on the Permanent Structured Cooperation (PESCO) Strategic Review 2020. The review assesses the progress made on PESCO and provides guidance for the next phase (2021-2025) on the overall aim, policy goals, incentives and projects. (Image: Dassault Rafale factory, France). Today, EU Defence Ministers discuss how the EU can become […]

Brussels, 19.11.2020 The European Union diplomacy has issued a statement, expressing “sincere sympathy” to convicts, and families of those executed on terrorism charges in Iraq. In a written statement, attributed to a spokesperson, the European diplomacy has risen to defence of human rights of the convicts, condemning in the “strongest possible terms”, the executions, assessing […]

The Ethiopian government said on November 24 that Tigrayan soldiers were surrendering in the face of its advance towards the regional capital Mekelle (pictured), but the local forces reported they were resisting and had destroyed a significant army division. Tigrayan forces said on Tuesday they had destroyed an Ethiopian army division in battles to control […]

Brussels 23.11.2020 The EU multiplies efforts to find a peaceful solution for Ethiopia conflict in Tigray region. (Image above: social media). “The EU member-states are deeply saddened by the tragic loss of life as a result of the conflict between the Federal government of Ethiopia and the Tigray region led by the TPLF (Tigray’s People […]

The EU will contribute €183 million to the IMF’s Catastrophe Containment and Relief Trust for debt relief in 29 low-income countries, allowing them to increase their social, health and economic spending in response to the COVID-19 crisis. This contribution, announced just after the G20 Summit endorsed a Common Framework on Debt Treatments beyond Debt Service […]