Brussels 07.06.2021 “I conveyed a message of EU unity in my call with president Putin. The downwards trend in EU-Russia relations can only change if Russia stops disruptive behaviour. Fighting the pandemic and making effective vaccines available to everyone is a goal we discussed” Charles Michel, the EU Council President wrote on his Twitter micro blog.

The downwards trend in EU-Russia relations can only change if Russia stops disruptive behavior.

Fighting the pandemic and making effective vaccines available to everyone is a goal we discussed. pic.twitter.com/Rhw2B7xMHa

Telephone conversation with President of the European Council Charles Michel:

Telephone conversation with President of the European Council Charles Michel: combatting the coronavirus, Sputnik V certification in the EU https://t.co/4ys2nrDXgJ

“Combating the spread of the coronavirus infection was also discussed, including the prospects for certifying the Russian vaccine Sputnik V in the European Union and ensuring conditions for mutual travel while complying with anti-pandemic restrictions.

“Developments around Nagorno-Karabakh were discussed in terms of the importance of the further and consistent implementation of the statements made by the leaders of Russia, Azerbaijan and Armenia on November 9, 2020 and January 11, 2021. Priority tasks include unblocking economic and transport connections in the region and resolving local humanitarian problems. Charles Michel expressed support for these efforts, including the work of the OSCE Minsk Group co-chairs (Russia, the US and France).

“Regarding the additional sanctions pressure on Belarus from the European Union, Vladimir Putin noted that such an approach, like any attempt to interfere in this sovereign state’s domestic affairs, was counterproductive.

“When discussing the internal Ukrainian crisis, both sides noted that the 2015 Minsk Package of Measures remained the only basis for the settlement process. The President of Russia said that the Kiev authorities must strictly implement all previously reached agreements, primarily on establishing a direct dialogue with Donetsk and Lugansk and legalising the special status of Donbass.

“During the discussion of developments in Libya, Vladimir Putin and Charles Michel spoke in favour of further promoting the political process and supporting the established authorities during the transition period”.

Brussels 1.10.2020 In the evening of the first day of October a sad for the art lovers news came – the cancellation of the Brussels Fine Art Fair 2021 due to volatile COVID-19 pandemic context. (Images: @AnnaVanDensky) 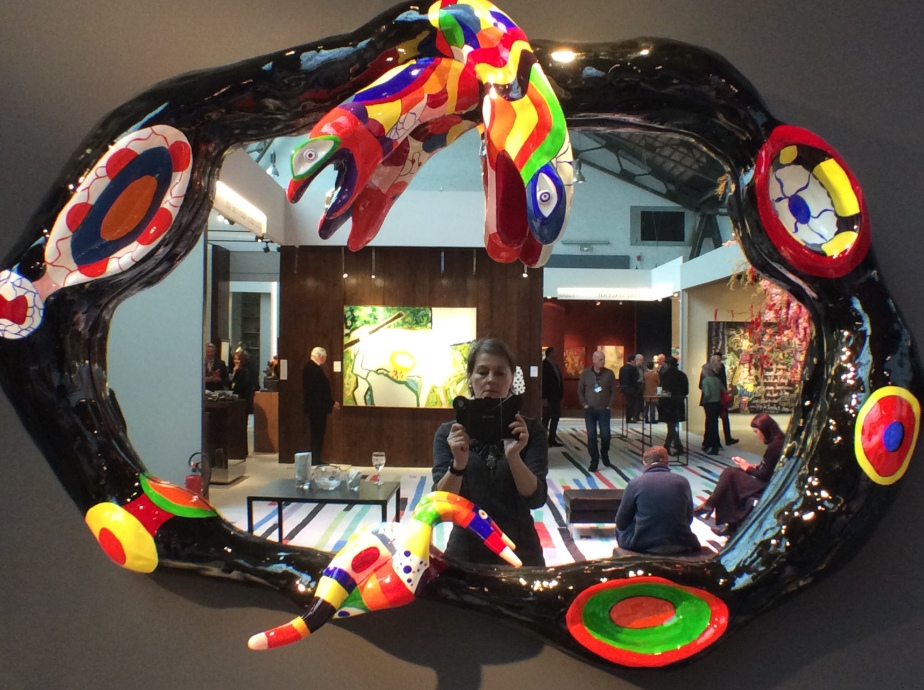 The members of the non-profit organisation (organiser of the BRAFA Art Fair) held an Extraordinary General Meeting during which they decided to postpone the event to 2022. 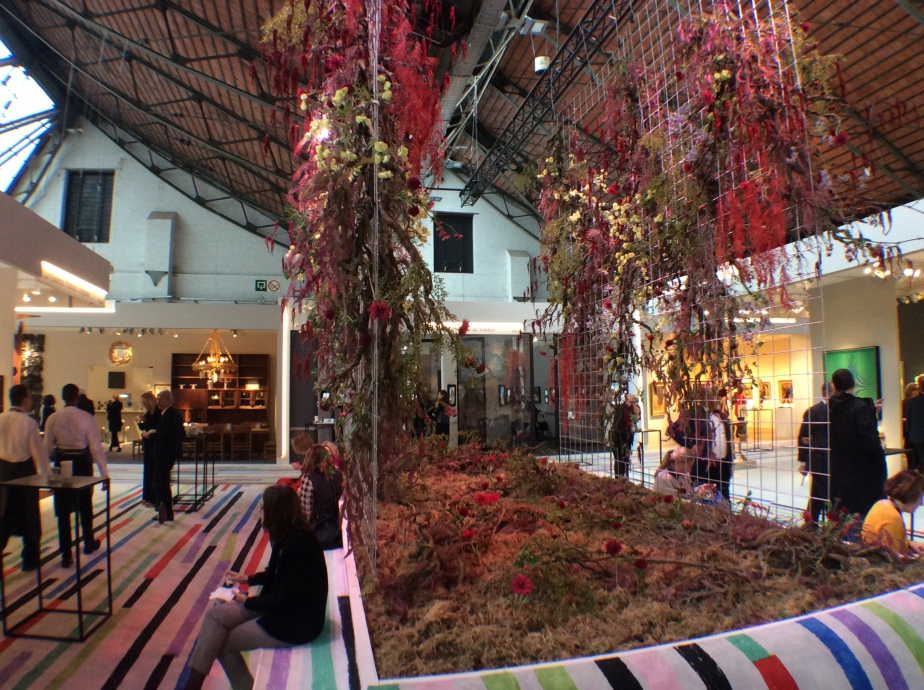 The first ever BRAFA was held in the Arlequin Hall of the Galerie Louiza in 1956. Charles Van Hove and Mamy Wouters, the long standing President and Vice-President of the Belgian Chamber of Antiques Dealers, were behind the initiative to set up the salon. This first Belgian Antiques Fair or ‘Foire des Antiquaires de Belgique’, as it was known then, followed in the footsteps of the fairs already held at Grosvenor House in London and at the Prinsenhof in Delft, but preceded those set up in Paris, Florence and Munich. 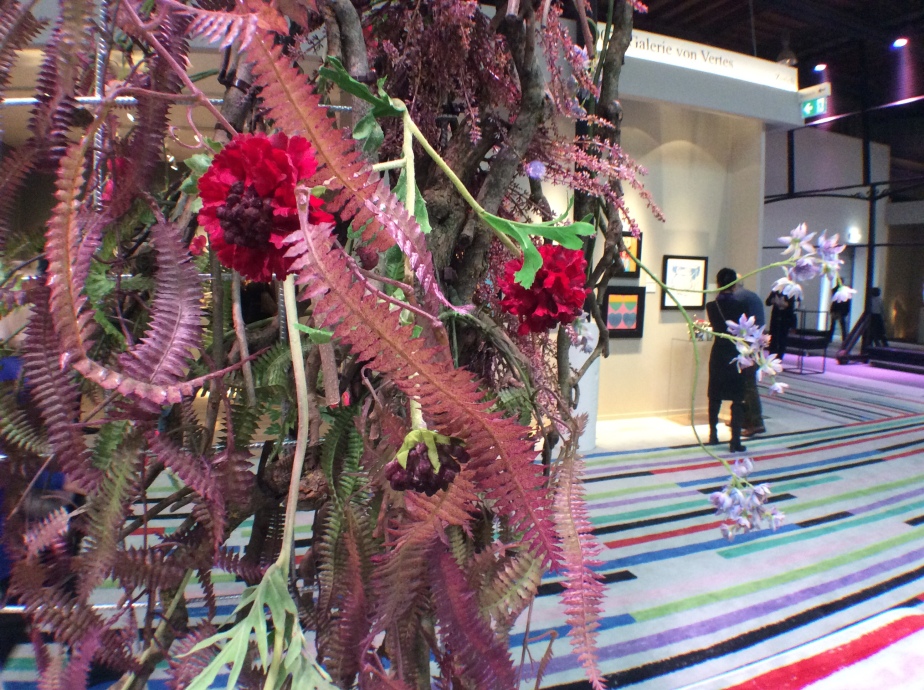 The growing success of the fair and the increasing number of participants meant that a location had to be found capable of keeping up with the event’s development. The range of art objects on display also continued to expand. From 1967 to 2003, the fair was held in the Palais des Beaux-Arts in Brussels. Up until 1994, only Belgian antiques dealers who were members of the Royal Chamber of Antique Dealers could take part in the fair which was, at the time, a purely national event. The number of participants fluctuated between forty and fifty. 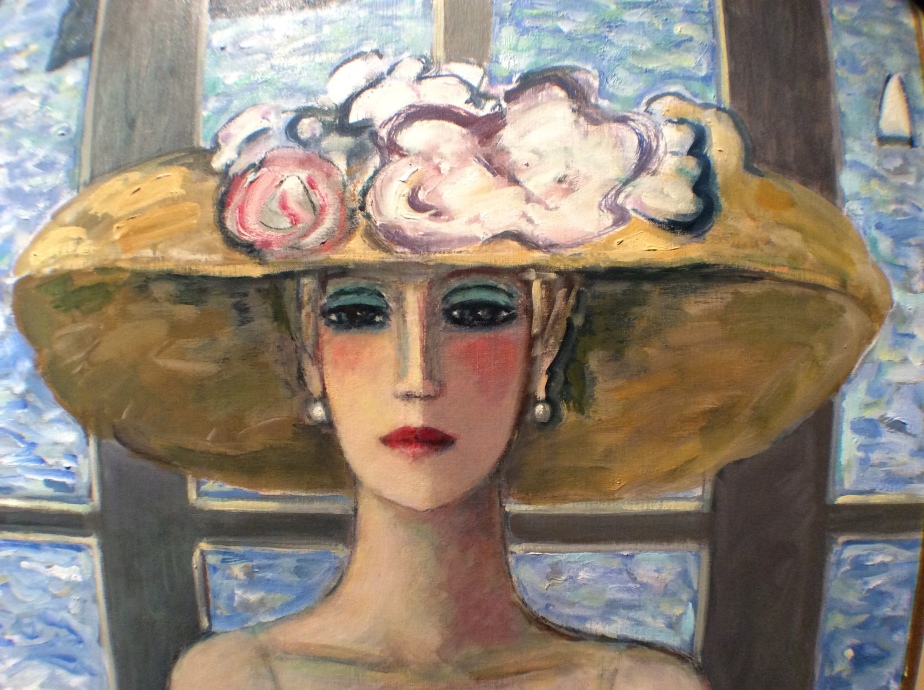 The first major change occurred in 1995 when Christian de Bruyn opened the fair to foreign antique dealers for the first time. The Belgian antique dealers saw this as a revolutionary step and they were right; in no time the fair had outgrown the Palais des Beaux-Arts and a new, much bigger location had to be found. In 2004 the Belgian Antiques Fair therefore moved to Tour & Taxis, a gem of Belgian industrial architectural heritage situated in the north of Brussels, next to the Willebroek canal. Now that exhibition space was no longer restricted, the BRAFA actively sought to increase the number of participants. Having started with no more than twenty Belgian antique dealers it grew to incorporate about one hundred and thirty exhibitors from both Belgium and abroad in the space of a few years. The fair is now recognized worldwide as one of the leading international fairs in Europe. 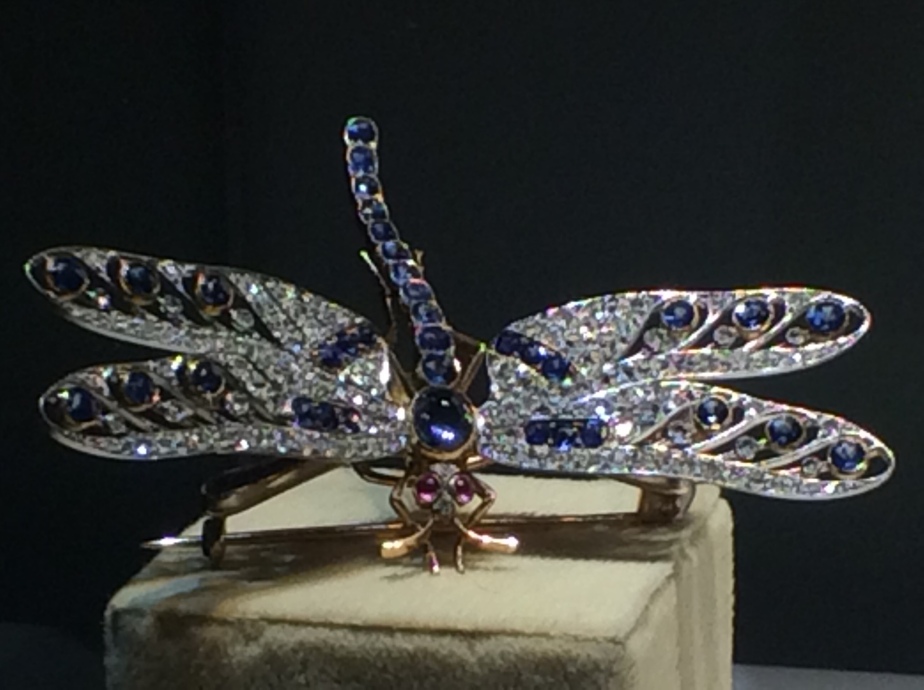 BRAFA, or the Brussels Art Fair, is one of the longest running art and antiques fairs in the world and is organized every year by the nonprofit Belgian Antiques Fair Association. 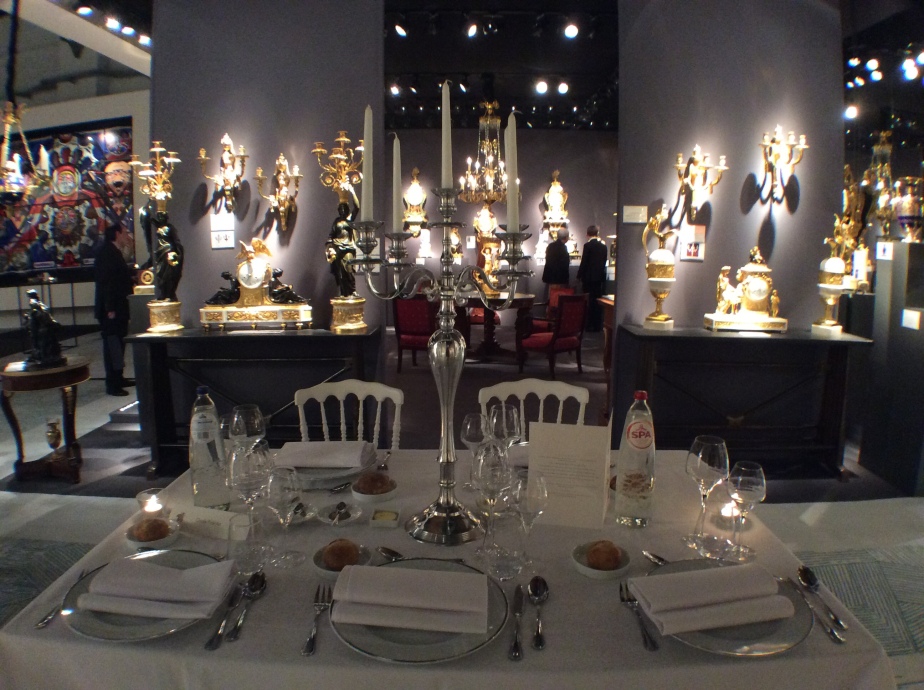 The uncertainty created by the coronavirus pandemic in Europe is the main reason for the postponement. BRAFA, which is traditionally the first top international fine art fair of the year, showcases 130 exhibitors on average, of which two thirds come from abroad. 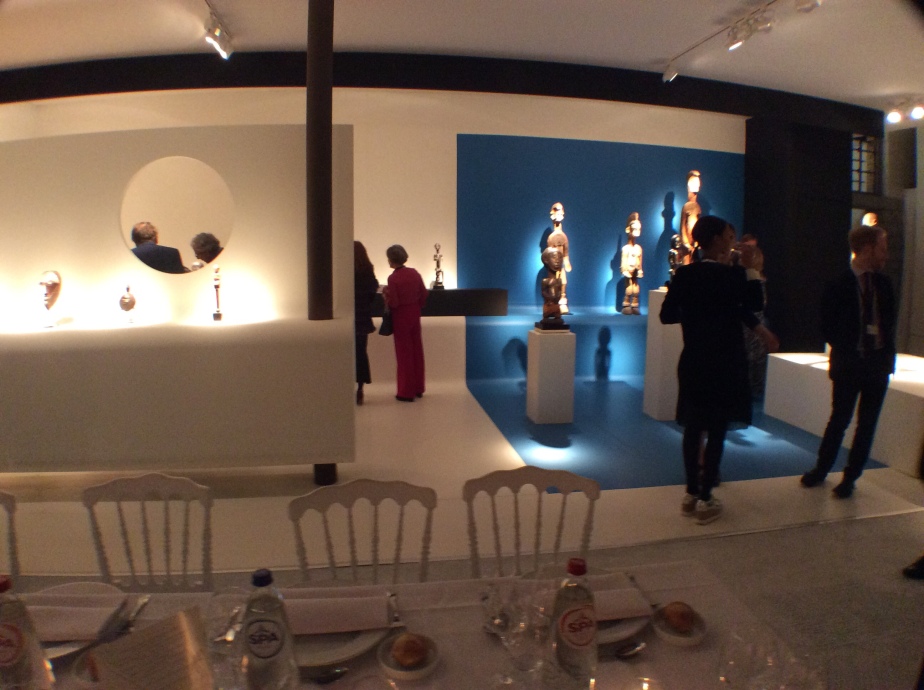 Last year, the fair welcomed a record number of 68,000 visitors, collectors and professionals, including a significant number from neighbouring countries. The current health situation and its potential evolution this autumn and winter have caused serious concerns. New restrictions on intra-European travel related to coronavirus pandemic and the safety measures imposed by the authorities have only added to the fear of the organisers. 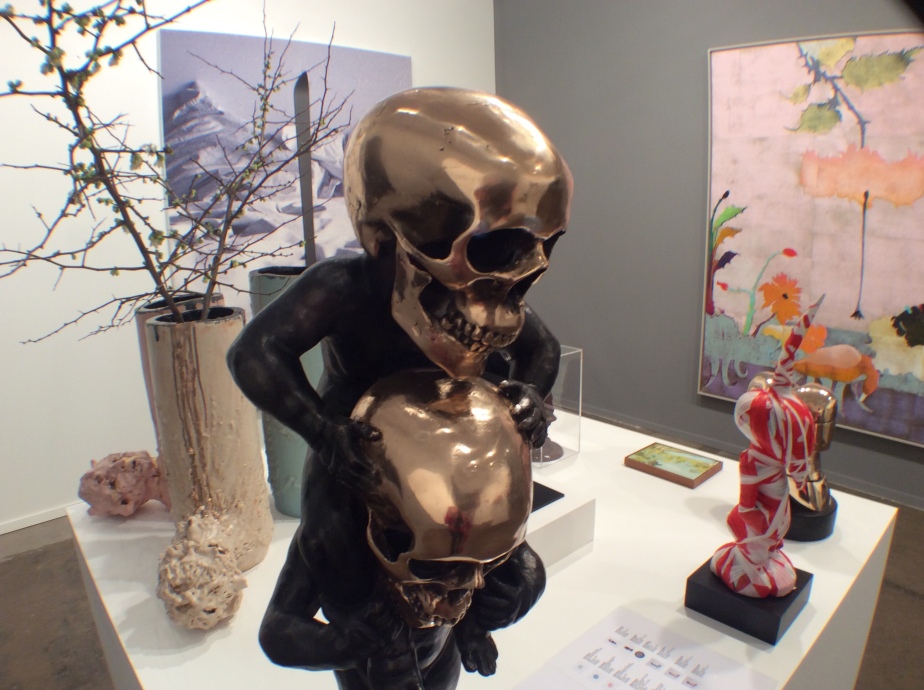 Anna van Densky, Brussels 25.09.2020 The opening of October European Parliament session in Strasbourg does not look promising for the Members of the European Parliament, while the significant for the city business event for 2.200 participants has been cancelled today over sanitary situation #360GrandEst.

The planned September Plenary in Strasbourg was cancelled and took place in Brussels, and it is highly likely the similar situation is awaiting for both October sessions scheduled in the hauntingly beautiful capital of Grand Est region of France.

#Strasbourg should host two #EPlenary sessions in October, however chances that they will take place there are slim in view of coronavirus cases rise in #France and #GrandEst pic.twitter.com/kyOVkaL7Jg

“As is clear to us all, we are still in the midst of the COVID-19 emergency. We had hoped before the summer break that we would be returning to some degree of normality. Unfortunately, this is not the case and we find our countries still greatly affected by the pandemic. The rate of infection has increased, leading to the adoption of new containment measures by national governments.

“For this reason, and on the basis of information provided by the French medical services and authorities, I regretfully took the decision not to hold the plenary session in Strasbourg for this September session”  wrote David Sassoli, the president of the Europarl.

“…I am grateful to the French authorities for their understanding and their constant collaboration in these difficult months. On behalf of all our members, I extend a warm greeting to the mayor and people of Strasbourg, where we hope to return soon.”  Sassoli concluded, however it the sanitary situation in France does not look encouraging for travel to host the MEP “soon”.

1992 decision formalised a situation that already existed at the time and which reflected compromises arrived at over a number of years.

When the European Coal and Steel Community (ECSC) was set up a few years after WWII, in 1952, establishing joint management of the steel and coal reserves of six countries, including Germany and France, its institutions were located in Luxembourg. The Council of Europe (an intergovernmental body made up of 47 countries championing human rights and culture was also set up in the immediate post-WW2 period), was already based in Strasbourg and it offered its plenary chamber for meetings of the ECSC’s “Common Assembly”, which was to develop into the European Parliament. Strasbourg gradually became the main home of plenary sessions of the Parliament, though additional sessions were also held in Luxembourg in the 1960s and 1970s.

After the creation of the European Economic Community in 1958, much of the work done by the European Commission and the Council of Ministers came to be concentrated in Brussels. Since Parliament’s work involves closely monitoring and interacting with both these institutions, over time Members decided to organise more of their work in Brussels. By the early nineties, the present arrangement was more or less in place, with committees and political groups meeting in Brussels and the main plenary sessions taking place in Strasbourg. A major part of Parliament’s staff is based in Luxembourg.

Brussels 17.06.2021 “Today we are presenting a Joint Communication from the High Representative and the [European] Commission that responds to an invitation of the European Council of the last 24th of May. This Communication sets out the state of European Union-Russia relations in all their complexity and proposes the way forward – that is an […]

Brussels 15.06.2021 The EU-US summit on 15 June 2021 marked the beginning of a renewed transatlantic partnership and set a joint agenda for EU-US cooperation in the post-pandemic era. The leaders committed to regular dialogue to take stock of progress. The EU & US are rolling up our sleeves to build prosperity by tackling our […]

Brussels 14.06.2021 “…We face multifaceted threats, systemic competition from assertive and authoritarian powers, as well as growing security challenges to our countries and our citizens from all strategic directions” reads the Brussels Summit Communiqué Issued by the Heads of State and Government participating in the meeting of the North Atlantic Council in Brussels 14 June […]

Brussels 14.06.2021 “…Today I really look forward to welcoming all the NATO Leaders to our summit. We meet at a pivotal moment for our Alliance. And today we will open a new chapter in our transatlantic relations. The Leaders will discuss a wide range of issues, among them Russia” NATO Secretary General Jens Stoltenberg said […]

Brussels 14.06.2021 The EU Council president Charles Michel congratulated Prime Minister Naftali Bennett on forming a government with Alternate Prime Minister Yair Lapid after it was sworn in earlier that evening, and expressed his wishes to further strengthen ties between the EU and Israel. Congratulations to Prime Minister @naftalibennett and to Alternate PM & MFA […]

Brussels 10.06.2021 “On the eve of the G7, the European Commission and the USAID join forces to open eyes of the world on the unacceptable situation in Tigray. To the people of Tigray we say: You are not alone. To the parties involved in the conflict we say: The world is watching. You will be […]

Brussels 09.06.2021 The representative of the African Union denied information that a joint delegation of the AU, the European Union and the Economic Community of Central African Countries (ECCAS) came to the Central African Republic to persuade the head of state to start negotiations with the militants. Good exchange of the AU-ECCAS-UN-EU delegation with leaders […]