Anna van Densky OPINION The German presidency of the Council of the European Union takes lead on 1 July 2020 in the context of the global COVID-19 crisis, and the EU ante-pandemic challanges, which have been already serious enough to be assessed as the “existential” threats to the organisation.

To mark the start of the 🇩🇪 EU Council Presidency, the #BrandenburgGate is shining tonight. One more hour to go and #EU2020DE is ready for take-off. Together for Europe’s recovery! 🇪🇺🇪🇺🇪🇺 pic.twitter.com/p7AWtSy4Wr

The first half of the year the global COVID-19 context has been negatively impacting long existing EU challenges, namely the well-known process of post-Brexit talks with the United Kingdom, aiming to produce an agreement to diminish damages to the European economies of “hard” Brexit; and not less significant EU agreement on the future seven year budget (multiannual financial framework) for the 27 members strong bloc without the UK – the second net contributor.

‼️ The programme for Germany's EU Council Presidency is now online on https://t.co/l7oqibj73i.

None of the ante-COVID19 challenges seem to be diminishing, on contrary, the Brexit talks are in libmo, so is the future budget, dividing the EU in groups of wealthy countries of the North, and indebted Mediterranean – pre-existing North-South divide is becoming even more dramatic after pandemic. The so-called “Frugal Four” – Austria, Denmark, Finland and The Netherlands – will hardly change their minds in favour of the South, reflecting the will of their citizens. Finanical Ice Age approaching, will the EU, especially the Visegrad East European countries, withstand it? They have been used to recipient role within the organisation, and they might object to any other.

However outside the EU the challenges are not less impressive: it is on the November 3 Americans will go to ballot boxes to elect their new President, producing a long-lasting effect on the entire set of international relations, and global development.

The EU dialogue with Russia, a former “strategic partner” and well-establish American foe is also on the brink, plagued in different dimensions internationally both by the conflict in Donbass, and U.S. sanctions blocking the construction of final 160 km of Nord Stream 2 pipeline, delivering gas via the sea from Russia to Germany.

The energy issues, and conflict are not limited to the EU Eastern borders, because the situation in the Mediterranean became even more alarming with the new Turkish assertiveness, pursuing gaz drilling in Cyprus waters, and casually threatening with massive release of migrants to Greece.

Migrants! And here we come to a sensitive issue, because still there is public opinion, blaming the German Chancellor her generous invitation to “all refugees”, which created the notorious migrant crisis in 2015 – swinging in a few months from Willkommenskultur to Flushtilingskrise. Since then there have been no acute migrant crisis of the similar scale, but an ongoing political systemic crisis over the issue, without unanimously agreed strategy towards exterior migration flows into EU, splitting the Union into antagonising communities. So far the Visegrad 4 group of East European countries firmly rejects the reception of migrants, occasionally ready to allocate funds.

In January this year, addressing Davos, Angela Merkel said, that it was a mistake to miss out of view the refugees as a direct consequence of conflict, and not to create an environment, where people can stay, without need to flee. Concluding German migrant experience, Angela Merkel, warned about possible next wave of refugees caused by military actions in Libya. But reflecting upon Chancellors’s words, there is no secret that solidarity does not really work in the realm of migration issues, and in post-pandemic period the migrant/refugee unsolved problem will re-emerge again. The only element about migration is consensual among member-states: Dublin system is obsolete. Will German presidency produce a new migration package in co-operation with the European Commission? The escalating conflict in Libya, and growing terrorist threat in Sahel, might create in the nearest future a significant pressure of migrant flows via Mediterranean route, resulting in raise of the eurosceptic moods in the Member-States.

The German presidency of EU will also ‘crown’ personally Angela Merkel’s fourth and final term of leadership after 15 years in the Federal Chancellery. Well-known for her capacity of reaching compromises, erecting solid political consturctions through multilateral agreements, she is expected to navigate between Scylla and Charybdis of the EU politics. Will Macron-Merkel initiative put forward on May 2020 – the stimulus fund – become a further step for European integration, solidifying the seamless transnational market enshrined by Kohl-Mitterand in Maastricht Treaty? Or the Eurosceptic forces will start pulling it apart, fragmenting and polarising communities, and the European nations, attempting to find the solutions to systemic crisises in individual ways?..

Whatever the outcome of German presidency will be, the decisions taken within next six months will shape the live of the next generation of Europeans and model the face of Europe up to the mid of the 21 century in a unique irreversible way. 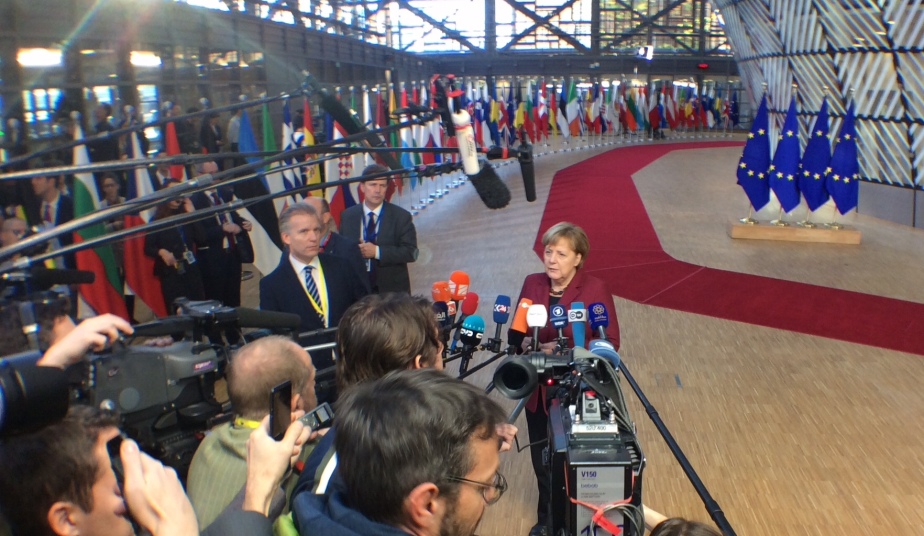 Brussels 21.01.2021 Following the recent imprisonment of Alexei Navalny, MEPs call on EU countries to significantly strengthen sanctions against Russia. Arrest of Alexei Navalny upon his return to Moscow is unacceptable. For all who believe in protection of human rights and fundamental freedoms. @navalny's rights must be unconditionally respected.@Europarl_EN pic.twitter.com/WJs3LP1PCl — Josep Borrell Fontelles (@JosepBorrellF) […]

Brussels 27.12.2020 The archaeologists said they had discovered a frescoed thermopolium or street-food counter in an exceptional state of preservation in Pompeii. The Thermopolium of #RegioV, a bar in #Pompeii, complete with an image of a Nereid riding a sea-horse, had previously been partially excavated in 2019. It now emerges in its entirety, with rich […]

Brussels 26.12.2020 The European Union and the United Kingdom reached an agreement in principle on the EU-UK Trade and Cooperation Agreement on December 24, 2020. 🇪🇺🇬🇧Here is the EU-UK Trade and Cooperation Agreement – the result of many months of intensive and dedicated work: 👉 https://t.co/Vq3VKBB01y — Michel Barnier (@MichelBarnier) December 26, 2020 The entry […]

Brussels 13.12.2020 British Prime Minister Boris Johnson said that he will “continue talking” with the EU in an attempt to reach a trade deal, but that leaving without one and trading in future on World Trade Organization (WTO) terms is more likely. Joint Statement from ⁦@10DowningStreet⁩ and European Commission President Ursula von der Leyen https://t.co/ru9cq0GnVP […]

Brussels 21.01.2021 The European Union is calling for Ugandan officials to lift bans on social media networks imposed in the context of the highly disputed elections. Previously the EU condemned the action by the government to shut down internet which had violated the Ugandan citizens and observers right to expression and information.Ugandan President Yoweri Museveni […]

Brussels 27.12.2020 The Central African Republic elections are a crucial step for the “consolidation of democracy and peace”, the EU top diplomat Josep Borrell wrote in his Twitter micro blog. He called for the “mobilization of voters and the responsibility of all actors for credible, transparent, inclusive and peaceful elections”, especially mentioning the European Union […]

Brussels, 24.12.2020 “On Wednesday 23 December, Zambian Police dispersed a large group of supporters of the opposition by use of force. Two people are confirmed to have died. The EU expresses its condolences to their families” says the statement of the spokesperson of the European External Action Service – the official body of the the […]

Brussels 20.12.2020 “The Intergovernmental Authority on Development (IGAD) leaders are meeting in Djibouti today at a time when the region has pulled together impressively to tackle the COVID-19 pandemic and a desert locust invasion. And at a time, when the stability of the region is threatened by conflicts, ancient border disputes and a diplomatic stand-off” […]