Anna van Densky OPINION The House of Commons approved Theresa May‘s postponed Brexit deadline until June 30, which the British Prime minister will defend today at the European Council in Brussels. The text was approved by 420 MPs against 110.

The leader of Brexit party Nigel Farage has been ironical about  the upcoming meeting referring to German Chancellor Angela Merkel as the “boss” British Prime Minister is going to consult.

Mrs May goes to meet the boss. https://t.co/Wf5eZ3oMr1

However there is a clear message from Brussels to the Westminster – there will be no other deal, but the endorsed one, although the additional political declarations are possible. No need to add that they are not legally binding, and are not an integral part of the Article 50 Agreement.

In fact the additional time, if given to May government, is granted for making an extra effort to pass a the deal via the Westminster. The entire political struggle is about changing perception not the essence of the Agreement reached.

The talk in Brussels is that Mrs May will ask for a short extension of Art 50 but then capitulate to a longer one to December. This makes Euro elections inevitable & lays the way open to setting Brexit aside altogether. Vote UKIP – Vote Brexit. No surrender! pic.twitter.com/iE0ckkNqz6

Shifting of the deadline to the end of June 2019, as President Macron is intended to offer, will result in participation of the UK in the EU parliamentary elections, because there is such an obligation for a member-state in the Treaty. (Image above : Europarliament, Strasbourg). In case the Remainers win a majority of seats among UK MEPs in the European Parliament, they will have an opportunity to reverse the Brexit process in a different ways: postponing further or calling for the second referendum. As Theresa May warned – the rejection of her deal might also mean never leaving the EU. Brexit will be gradually transformed into elusive Fata-Morgana.

If EU27 generously proposes to shift #Brexit deadline to end of December 2019, #May warning about derailing result of referendum might come true. Ever shifting Brexit Fata-Morgana… pic.twitter.com/LnMbY1pcJx

Strasbourg 16.09.2021 Parliament urges the EU to accelerate the transition to a research system that does not use animals. Press release MEPs demand EU action plan to end the use of animals in research and testing: https://t.co/4Si5vjtAR7 pic.twitter.com/IHqLImhWn5 — EP PressService (@EuroParlPress) September 16, 2021 MEPs request an EU-wide action plan with ambitious and achievable […]

Strasbourg 15.09.2021 “…We are working with Secretary-General Jens Stoltenberg on a new EU-NATO Joint Declaration to be presented before the end of the year. But this is only one part of the equation” the president of the European Commission Ursula von dery Leyen said, while addressing the European Parliament Plenary in Strasbourg. Happy that the […] 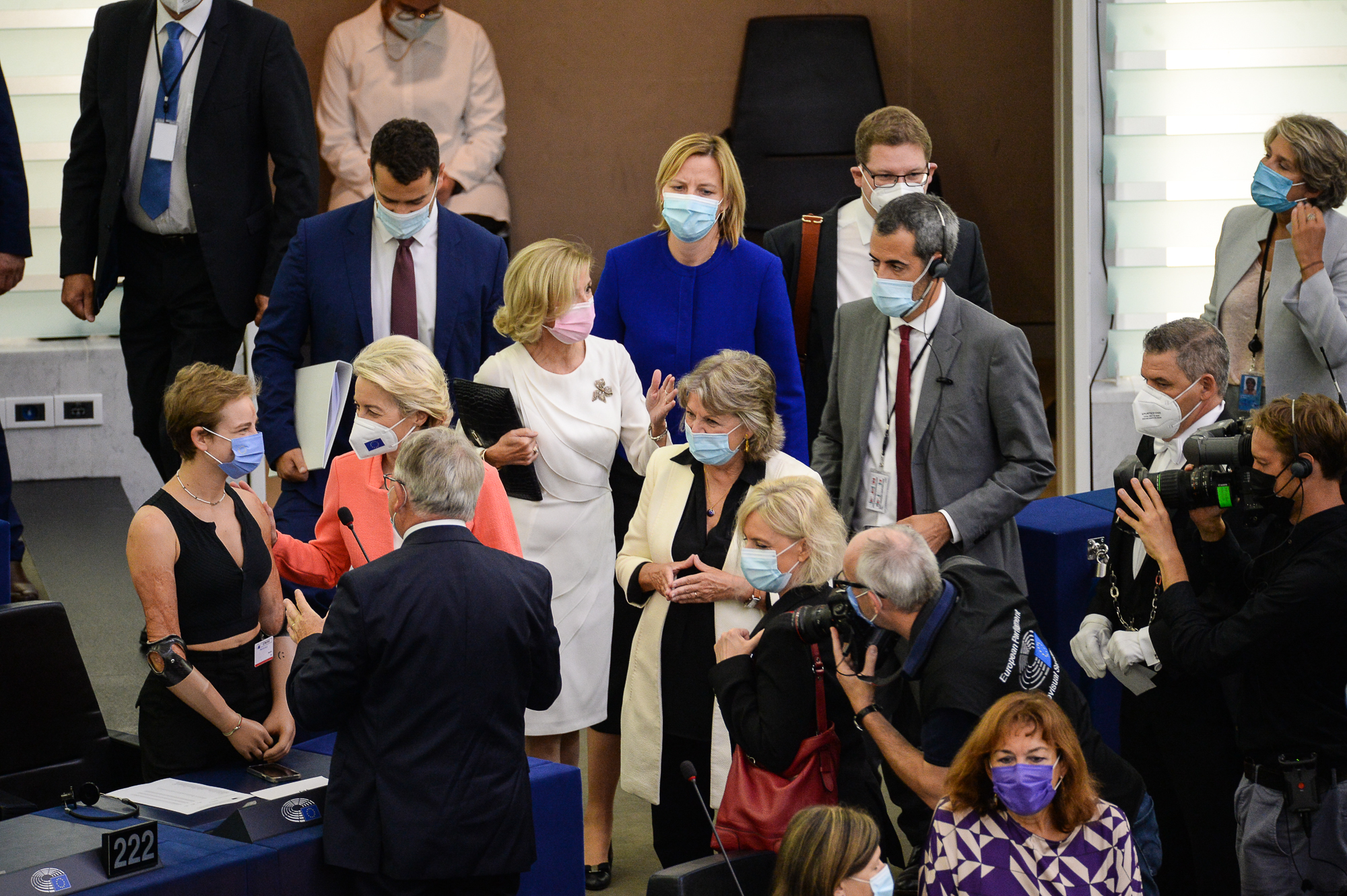 Strasbourg 15.09.2021 “… Look at what happened at our borders with Belarus. The regime in Minsk has instrumentalised human beings. They have put people on planes and literally pushed them towards Europe’s borders” the president of the European Commission Ursula von der Leyen said, while addressing the European Parliament Plenary in Strasbourg. #SOTEU endless pressure […]

Brussels 07.08.2021 “The European Union welcomes the successful conduct of the second round of the presidential elections held in São Tomé and Principe and wishes to congratulate the President-elect, Mr. Carlos Vila Nova. We will continue with him and his government the excellent bilateral cooperation started with his predecessors for the benefit of relations between […]

Brussels 08.09.2021 EU High Representative for Foreign Affairs Josep Borrell arrived to Libya today, 8 September. This mission comes at an important juncture for the country, with presidential and parliamentary elections in December. Good to meet @MOFALibyaTIP Minister Mangoush in Tripoli.Libya has achieved much progress over the past year – ceasefire, unified political institutions & […]

Brussels 27.08.2021 The first group of 51 refugees from Afghanistan has arrived in Uganda.The group landed at Entebbe International Airport aboard a private chartered flight on Wednesday morning, August 25, Uganda’s foreign ministry said in a statement. The first batch of 51 Afghan refugees has arrived in Uganda aboard a chartered plane https://t.co/xmSW59qCJ1#BBCAfricaLive pic.twitter.com/PeQlNn1yfr — […]

Brussels 16.08.2021 The European Union welcomes the announcement of results by the Electoral Commission of Zambia and congratulates President-elect Hakainde Hichilema. We look forward to working with the new President and his government, as well as with the newly elected members of the National Assembly, to strengthen our long and productive partnership with Zambia. As […]