European Council calls  the Commission to “swiftly” explore the concept of “regional disembarkation platforms”, in close cooperation with relevant third countries as well as UNHCR and IOM. Such platforms should operate distinguishing individual situations, in full respect of international law and without creating a pull factor, the conclusions of the meeting of heads of states and governments read.

In order to “definitively break” the business model of the smugglers, preventing tragic loss of life, the EU Council considers necessary to eliminate the incentive to embark on dangerous journeys along Mediterranean. The new approach to the problem is based on shared or complementary actions among the Member States to the disembarkation of those who are saved in Search And Rescue operations.

EU measures to curb illegal #migration paid off: illegal arrivals dropped by 96% since their peak in October 2015.

However Italian Interior minister Matteo Salvini announced his interest to see the EU passing for concrete actions, namely against those NGOs who help  smuggling illegal migrants in Europe: “STOP human traffic, stop helping accomplices! #stopinvasion!”, he wrote in his microblog.

The discussion over the text of conclusions about migration went through the last night, representing a challenge to reconcile positions of Italy, and southern European countries at forefront of migration flows, and Visegrad Four group, supported by Austrian upcoming presidency, insisting that instead of the change of Dublin regulation and relocation of migrants through the EU, the support and solidarity among member-states can be introduced on goodwill basis. The reform of Dublin is left to next EU Presidency to deal with. Austria Chancellor Sebastian Kurz has already announced a number of initiatives to curb illegal migration.

#EUCO work on 'generic' conclusion document continues, however the struggle on #Dublin reform is left for next presidency (Austria). pic.twitter.com/UiaRbG01tE 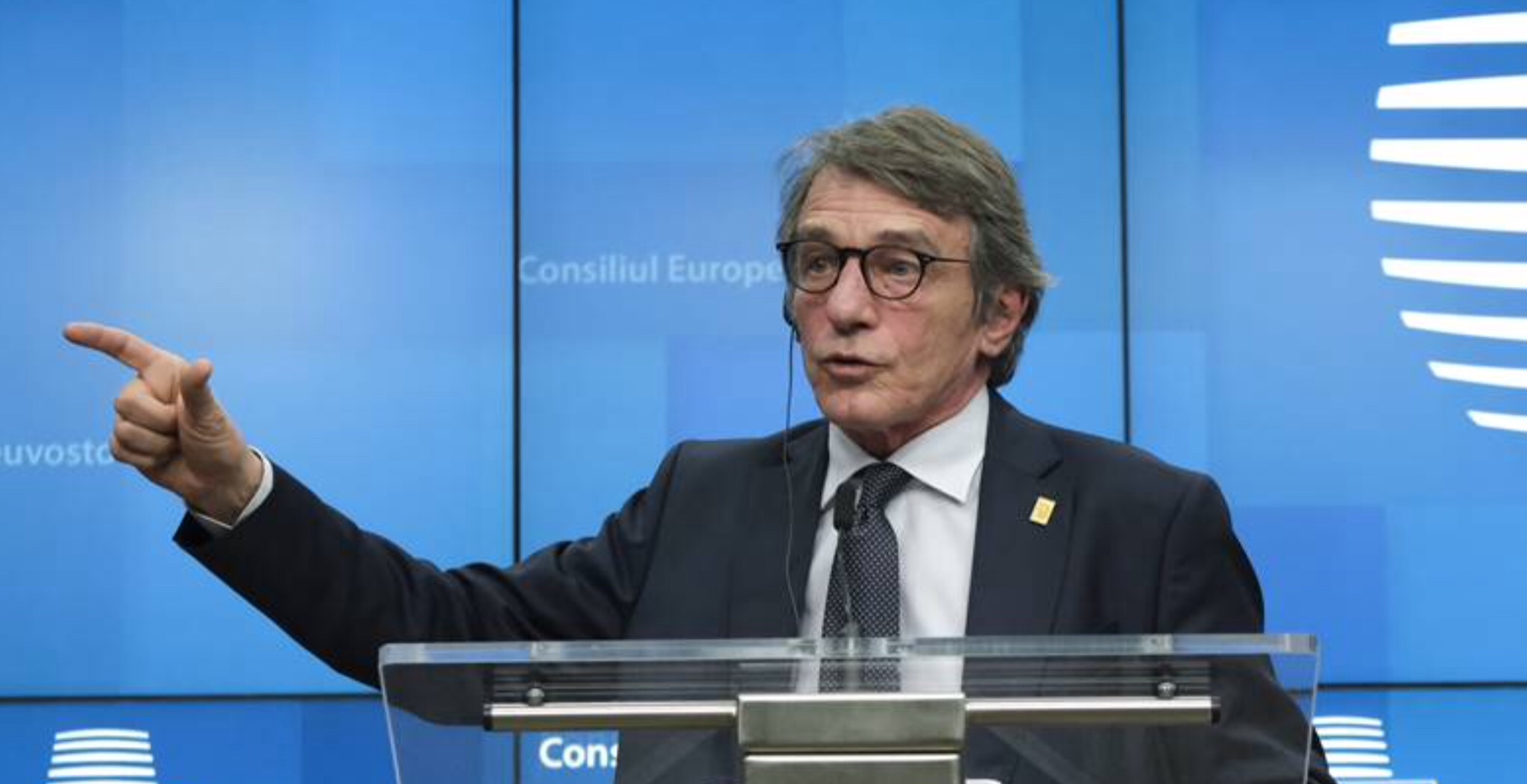 President David Sassoli reminded EU leaders Parliament approval is needed for the EU seven years budget (MFF) and said MEPs would not accept agreement irrelevant to the European ambitions. Sassoli was speaking at the start of an EU Council (EUCO) aimed at finding an agreement between member states on the EU’s next long-term budget. The […] 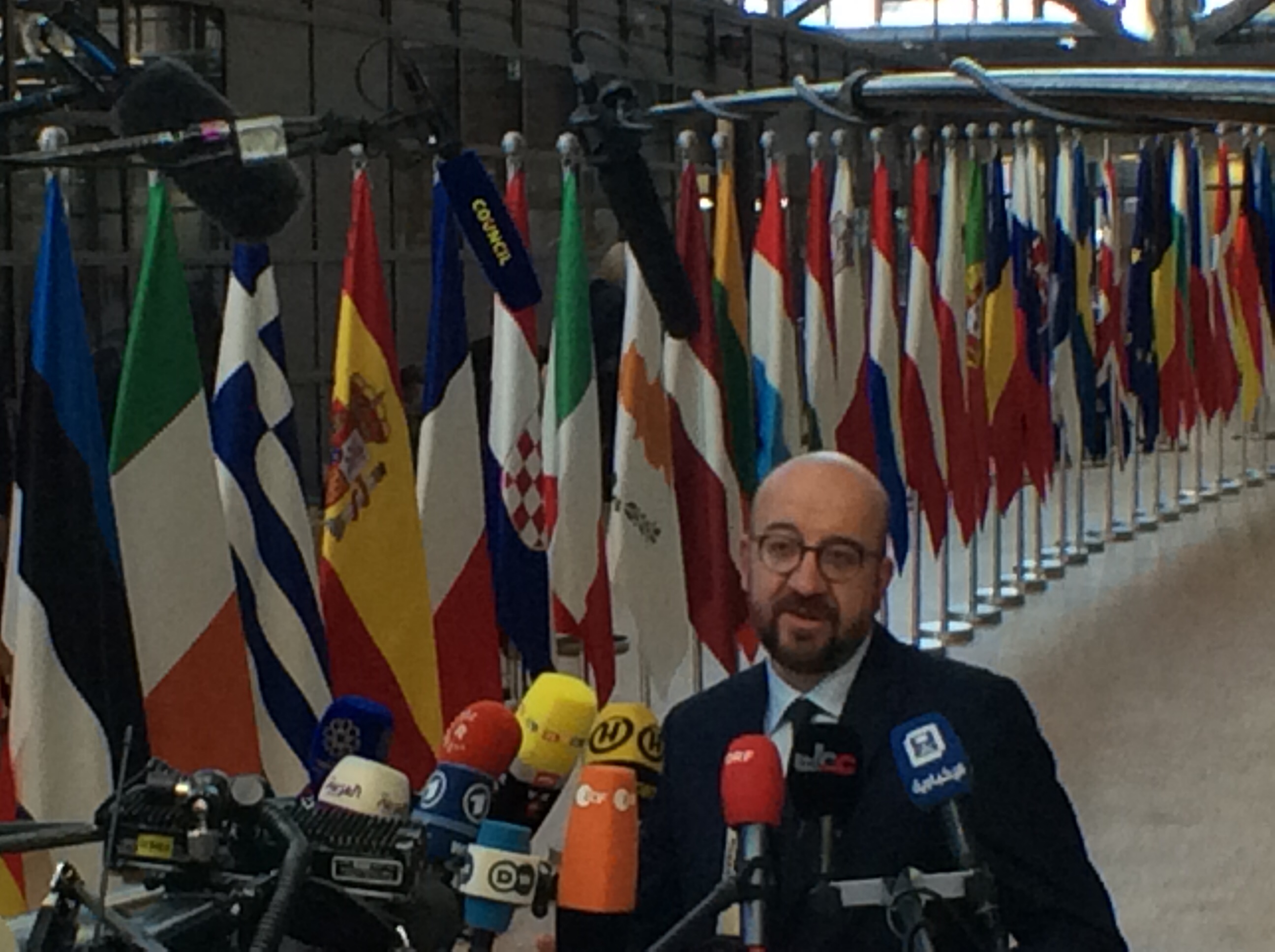 “I am grateful to the EU leaders for the hard work we’ve done together. There are many legitimate concerns, but I am convinced that it is possible to make progress” the European Council president Charles Michel said ahead of the Council meeting on seven year budget of the block. (Image above: archive) https://twitter.com/eucopresident/status/1230457528737243137?s=21 EU heads […]

20.02.2020 AMENDMENT. Upon the request of NATO press office the information below is amended. Herewith is the received quote: “Acting President Attila Mesterhazy was not chairing the meeting and therefore did not ‘interrupt’ the discussion at any point. We kindly ask you to correct your article and replace his name with ‘chairperson’ who will remain […]

German Chancellor Angela Merkel said that talks to set the European Union’s budget for the coming seven years will be “very difficult” at an extraordinary summit beginning February 20 in Brussels. “We think our concerns are not sufficiently addressed on many points, and I therefore see very tough and difficult negotiations ahead,” Merkel told reporters […]

Today the Council decided to prolong the restrictive measures against Belarus for one year, until 28 February 2021. These measures include an embargo on arms and on equipment that could be used for internal repression, as well as an asset freeze and travel ban against four people designated in connection with the unresolved disappearances of […]

“Escalation of violence in Tripoli, including Tuesday´s attacks in the port, is causing further human suffering and civilian casualties. This needs to stop as a matter of urgency. All parties need to fully respect the truce they agreed to, refrain from any further military action, and re-engage in a political dialogue for a solution to […]

EU Foreign Ministers discussed the latest developments in Libya, following up on the Foreign Affairs Councils from 10 and 20 January. During the previous two meetings, the Council had expressed concern over the aggravating crisis in the area, agreeing on the need for EU engagement to prevent further escalation. The EU top diplomat announced the […]

The Council today adopted conclusions on Zimbabwe restating the EU’s continued support for economic and political reforms in the country, as well as for the formal political dialogue which was resumed in 2019, as a step towards a more constructive EU-Zimbabwe relationship. https://twitter.com/eucouncilpress/status/1229347384884371456?s=21 The conclusions note the ongoing acute humanitarian crisis in the country, and […]

“…On our first trip outside Europe, President Von der Leyen and I went to hear Africa. We experienced a continent of youth, brimming with confidence, full of potential, attractive for the global players. We met a partner that deserves a more positive engagement from us. New comprehensive #EUAfricaStrategy will constitute a significant change in gearing […]

A new participant is looking to be top dog at the Westminster Kennel Club Dog Show. For the first time, the Sahelian Azawakh will be competing at the annual New York City event running February 8-11. It will be one of more than 200 breeds and varieties represented in the competition for which there is […]