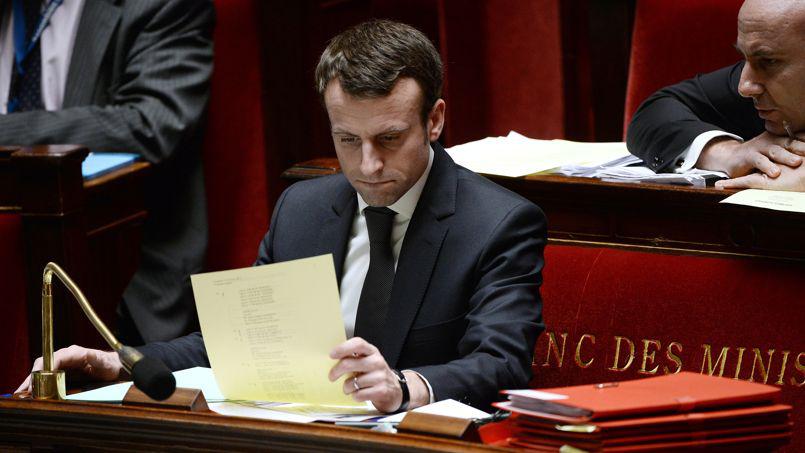 The impressive victory in presidential elections does not secure power of Emmanuel Macron, who should gain an impressive number of votes in upcoming legislative elections, 11.06.2017, to be able to realise the package of reforms proposed to his compatriots.

Among the ballots dropped for Macron a considerable amount were transferred from Republicans (Gaullist) – centre right and lesser from Socialists, – both mainstream parties endorsed their support to create a ‘barricade’ against the rival anti-globalist Marine Le Pen.

However in legislative elections every political congregation will struggle for proper seats, and it is highly probable that the Republicans will enter the coalition with En Marche!  to get the comfortable majority. In this case the Republicans will impose their Prime Minister on Macron. The ‘coexistence’ (or ‘la cohabitation) of a President and Prime Minister from different political parties is not new to French political system. In case with the Republicans (centre right) and En Marche! (centrist) of Macron it would be easier functional tandem than la cohabitation Chirac/Mitterrand (Gaullist vs. Socialist).

However, the real challenge for President Macron’s plans of reform will not come from his political opponents, but the powerful syndicates, which had already opposed ‘Macron Law’ when he served as a Finance minister, attempting to modernise and liberalise economy.  The syndicates did not hesitate to take their protests to the streets.

Attempting to reform stagnating French economy, as a minister Macron was blamed to hinder traditional French life-style, and worker’s rights, even dominical work of shops  has been largely seen as an attack on Christian traditions, especially in French rural areas.

The entering Élysée Palace as such does not give a cart blanche to reform profoundly archaic French society. The presidency of Francois Hollande was fractured when  then prime minister Manuel Valls unveiled a second pro-business reform in 2016 that allowed bosses to fire and hire workers more easily, leading to eruption of massive and violent street protests. Holland’s popularity has never risen since. Forced to give up the claims for the second mandate, the stepped down from the scene of history.  But now the pain of his departure soften by his successor, his minister, of his dauphin.

"Mister Macron is a baby Hollande, a Hollande junior!" pic.twitter.com/XGWAplb1cm

Brussels 02.12.2021 France has announced new rules for all travellers – vaccinated or not – arriving in France from non-EU countries in the face of the new variant of Covid-19 named Omicron. Can I travel to France from the UK? All the testing and entry rules you need to knowhttps://t.co/js3237whvi — Independent Travel (@IndyTravel) December […]

Brussels 02.12.2021 Angela Merkel has announced a de facto lockdown of the unvaccinated, and that Germany’s parliament Bundestag will soon vote on making vaccination mandatory. Merkel Announces Restrictions on Unvaccinated, Vote on Making Jabs Compulsory https://t.co/rsS1N8hqkN — Breitbart London (@BreitbartLondon) December 2, 2021 Germany’s outgoing Chancellor has announced that the authorities will be barring the […]

Brussels 28.11.2021 Swiss vote on COVID-19 law amid steep surge in infections in Confederation. Voters casting ballots in the referendum will decide whether Switzerland should impose strict sanitary restrictions. Swiss voters are having an opportunity to express their opinion on legislation to impose the use of a COVID-19 certificate QR-codes that allow only people who […]

Strasbourg 26.10.2021 Sviatlana Tsikhanouskaya spoke to MEPs about the continuing crackdown on dissenting voices in Belarus and called on the EU to take firm action against the regime. What can the dictator #Lukashenko do to maintain his power? Belarusian opposition leader @Tsihanouskaya has no doubts: more smuggling, military provocation, a disaster at a nuclear power […]

Brussels 26.11.2021 Concerns over a new COVID-19 variant detected in South Africa have caused new wave of travel restrictions in Italy and Germany on Friday, November 26, as Brussels demands the EU-wide flight restrictions. (Image: illustration). The @EU_Commission will propose, in close coordination with Member States, to activate the emergency brake to stop air travel […]

Strasbourg 26.11.2021 MEPs are deeply concerned about the human rights situation in Cameroon. The adopted European Parliament resolution notes that the country is facing a number of political and security challenges simultaneously, including threats from terrorist group Boko Haram in its Far North region and an internal armed separatist rebellion, which has been ongoing for […]

Brussels 22.11.2021 “The Troika (Norway, the United Kingdom, and the United States), the European Union, Switzerland and Canada welcome the agreement to re-instate Dr Abdalla Hamdok as Prime Minister of a civilian-led transitional government, pending elections” reads the Statement by the Troika, the European Union, Switzerland and Canada, on events in Sudan. The re-instatement of […]