The Presidency of France announced Ukraine Summit in December in Paris with participation of both Presidents – Russia’s Vladimir Putin and Ukraine’s Volodymyr Zelensky on December, 9.

Ukraine Foreign Minister Vadym Prystaiko said that all conditions for the meeting of the Normandy four were fulfilled, and the date of the summit is now being agreed upon.

Normandy Format Summit meeting on Ukraine will take place on Dec 9 in Paris. Macron will host Zelensky, Putin and Merkel, per Élysée, that mentions progress on troop withdrawal from frontlines of contact areas in recent months. Last time the leaders met was in Berlin in 2016.

German Chancellor Angela Merkel confirmed her participation in the Ukraine Summit of the Normandy Four countries on December 9 in Paris.

German Chancellor Angela Merkel confirmed her participation in the summit of the Normandy Four countries on December 9 in Paris https://t.co/uQxbIpVFXy #Ukraine

Emmanuel Macron’s remarks on NATO “brain death” have caused shock waves around the globe, exempting those who are aware of the Gaullist foreign policy traditions of the V Republic. (Image: archive).

#UPDATE French President Emmanuel Macron says he believes #NATO is undergoing "brain death," lamenting a lack of coordination between Europe and the US and unilateral actions in Syria by key member Turkey, in an interview published Thursday https://t.co/HCztnUGnyM pic.twitter.com/5h5ChkfER0

The state funeral of the President Jacques Chirac confirmed the sentiment of the nation, highly praising the politician who stood tall against American invasion of Iraq, conducting independent foreign policy.

I took this video as I biked along the crowd waiting to get into the #Invalides to pay their respects to #Chirac. There are so many people they will leave it open until 6am. #france pic.twitter.com/gtqWgmSldJ

Long queues of people waiting patiently to pass by the coffin of their leader, paying tribute, indicated without ambiguity the direction of the policy to achieve the status of a “great” President of France – the rejection to bent to American whims.

It is high time for Europe to "wake up", according to Emmanuel Macron. Read our blunt interview with France's president https://t.co/SbCE8EcEy4 pic.twitter.com/7InXuipm44

It is highly likely that at the funeral of Jacques Chirac incumbent President Macron felt the state of mind of the nation, and rejected the perspective of entering the history as the “poodle” of President Trump. However may be this time U.S. President is not looking for a “poodele’. Actually he does not have high esteem for NATO himself. During the election campaign Trump assessed NATO as “obsolete”, and afterwards on many occasions promised to pull out the American military from the wars that seem “never end”.

President Trump has already raised questions why the U.S. should continue offering to Europeans “free ride”, requesting the Allies to invest a fair share into their own defense.

Six European allies now are above the threshold sought by US President Donald Trump — Estonia, Greece, Poland, Latvia, Lithuania and the UK were estimated to have met the 2% defence budget goal.

However the NATO burial concept derives from a few sold reasons: the Alliance task was fulfilled by the collapse of the USSR, ending Cold War; unfair distribution of financial burden within the Alliance or European “free-ride”; the nature of threats has become different, and they can not be addressed by military means. The latter is evident in failure to defeat terrorism in Afghanistan, where on average 55 people are killed daily fighting with Taliban.

The other element, contributing the degradation of NATO is the belligerent strategy of Turkish President Erdogan, representing grave concern for the Alliance in case of the retaliation attack of the Syrian leader Al Assad: the Article 5 of collective defense obliges the entire block to enter the conflict. Article 5 – the milestone of collective defence is becoming increasingly dangerous in modern world, overwhelmed by conflicts.

“I understand what you’re saying; I’ve asked the same question,” President Trump said during FoxNews programme while commenting on a young American to be obliged to defend Montenegro. “You know, Montenegro is a tiny country with very strong people. … They are very aggressive people. They may get aggressive, and congratulations, you’re in World War III.” After all, Macron is not so original, suggesting that NATO brain is dead.

Brussels 18.05.2022 Moscow said on Wednesday, May 18, it was expelling a total of 85 embassy staff from France, Spain and Italy in response to similar moves by those countries, highlighting the damage to relations with leading EU members since it launched its war on Ukraine. (Image above: Moscow, City) Russia expels 27 Spanish diplomats […]

EU mission back to Ukraine

Brussels 18.05.2022 The EU Advisory Mission Ukraine (EUAM) is returning today to Kyiv, after it was forced to evacuate on 24 February because of Russia’s invasion. 🇺🇦Ukraine: the EU Advisory Mission returns to Ukrainehttps://t.co/1ILSEbw6an — European External Action Service – EEAS 🇪🇺 (@eu_eeas) May 18, 2022 “I am glad to announce the redeployment of the […] 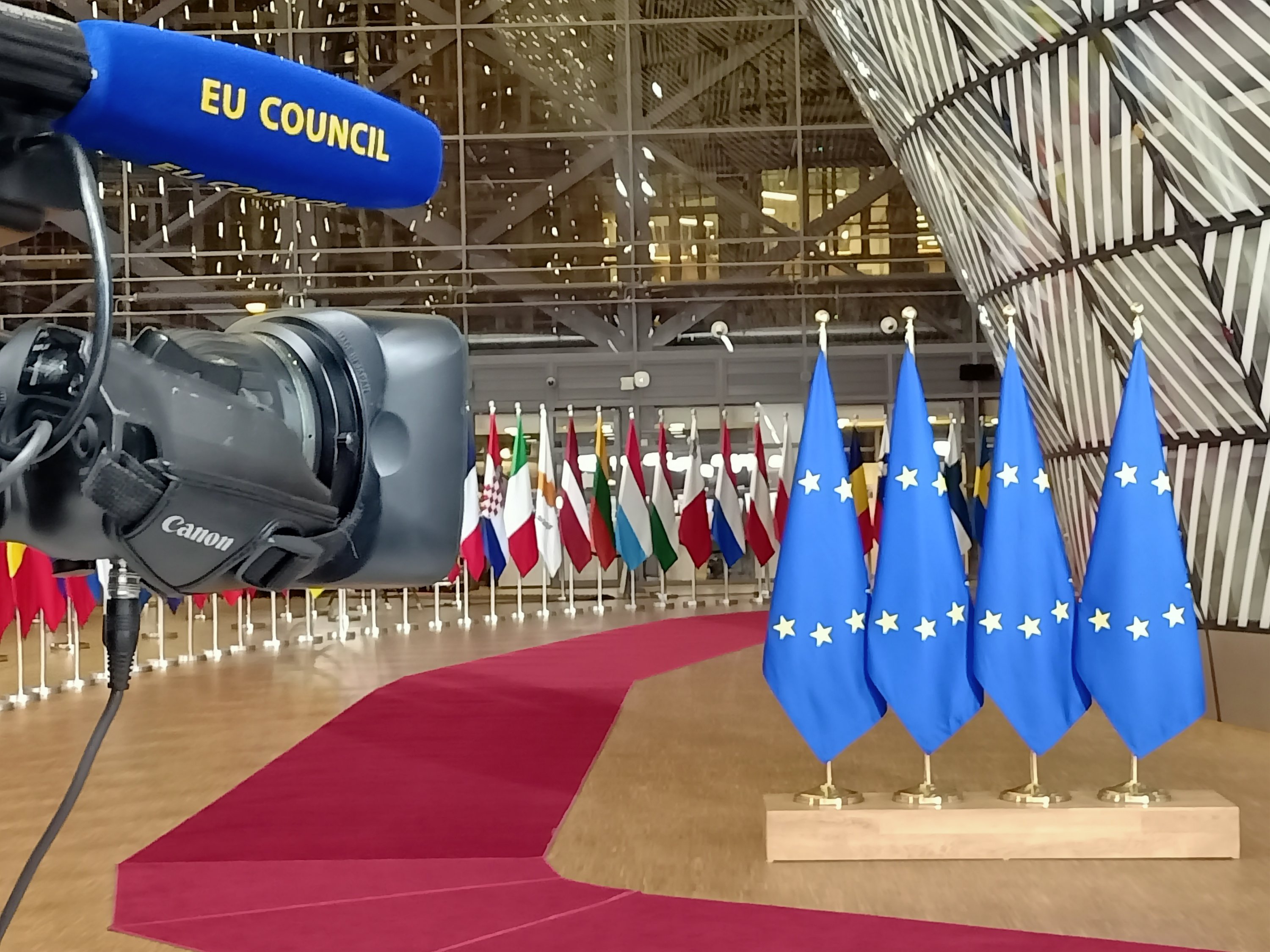 Brussels 17.05.2022 The EU Defence Ministers convene in Brussels to discuss the implementation of the Strategic Compass with a focus on the future of CSDP missions and operations. The Strategic Compass provides a shared assessment of the strategic environment in which the EU is operating and of the threats and challenges the Union faces. The […]

Brussels 16.05.2022 “Let me stress my strong support to Sweden and Finland. Some minutes ago, I had a conversation with the Swedish Minister [for Foreign Affairs, Ann Linde], who was kind enough to call me, to inform that the process has started, that they are going to inform the King, and that there is strong […]